For each of us, other people truly are (to borrow a phrase from Julian Simon) the ultimate resource. Rules matter because they determine whether we reach our collective potential. Bad rules divide us and diminish us. Good rules free us to collaborate and grow.

Many important rules are embedded in values, norms, customs, beliefs, conventions, and shared understandings. This makes some observers pessimistic about changing a system of bad rules. “Culture,” they say, “is what really matters, and culture can’t change.”

This pessimism is misplaced. There are other rules, the ones that are formalized in a political and legal system of governance and in the laws and regulations that a government enacts and enforces. These formal systems of rules can change. The difference between North and South Korea shows how big the effects of a change in the formal rules can be. 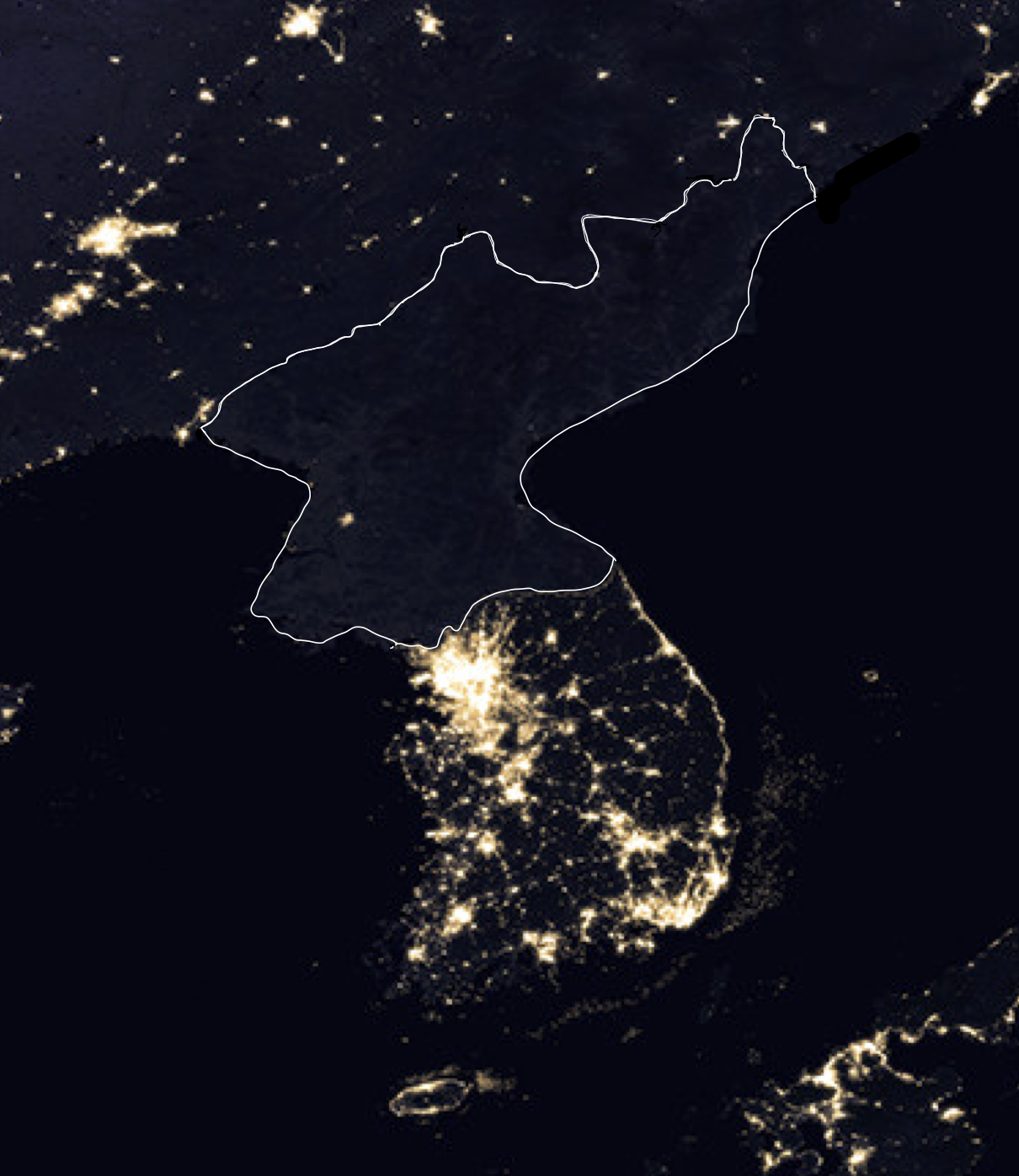 North and South Korea at night

There are many statistical measures of the large difference in the quality of life between the North and the South. One gripping visual indication comes from a satellite picture of the Korean peninsula at night. Compared to its neighbors, North Korea (outlined for clarity) seems like a black hole. South Korea, which looked like the North within living memory, is now a sea of lights.

Until the end of World War II, the North and South shared a common set of formal and informal rules, first as an independent nation, then under occupation by the Japanese. When the allies disarmed the occupying Japanese forces, Russia set up one system of government above the 38th parallel. The U.S. set up a different one below this arbitrary line on a map.

Officials then were very pessimistic about the prospects for both the North and South. One of the great surprises of the last half of the 20th century is the extent to which South Koreans prospered under their new government. The difference compared to the North and what could have been, is very revealing. As the economists Daron Acemoglu, Simon Johnson, and James Robinson have written, “Korea was split into two, with the two halves organized in radically different ways, and with geography, culture and many other potential determinants of economic prosperity held fixed. Thus any differences in economic performance can plausibly be attributed to differences in institutions.”

The circumstances in post WWII Korea were truly exceptional. Fortunately, few people today will live through a time when an army forces out an occupying power and fosters an entirely new system of government.

In today’s world, charter cities offer the best strategy—perhaps the only feasible strategy—for giving people the option to move to a place with a new system of government. Charter cities can also give the leaders of founding nations the chance to set up new systems of government that can, in the best case, do what better government did for South Korea, unleash the potential of the people who use its rules to connect with each other.